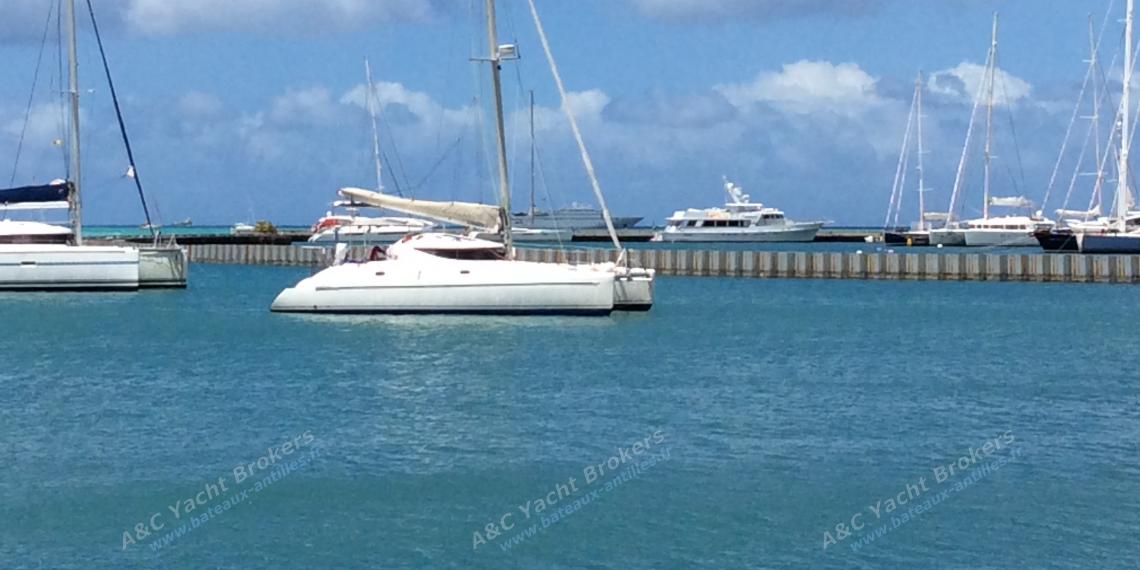 Athena 38 constructed in 2000 by Fountaine Pajot. This is the 4-cabin version and was fitted with a lot of new equipment in 2014 and 2015, including a new engine. This is a privately-owned catamaran and has never been rented out. European VAT has already been paid. This is a real must-see!

French flag, this cruising catamaran is currently available for viewing in Martinique.