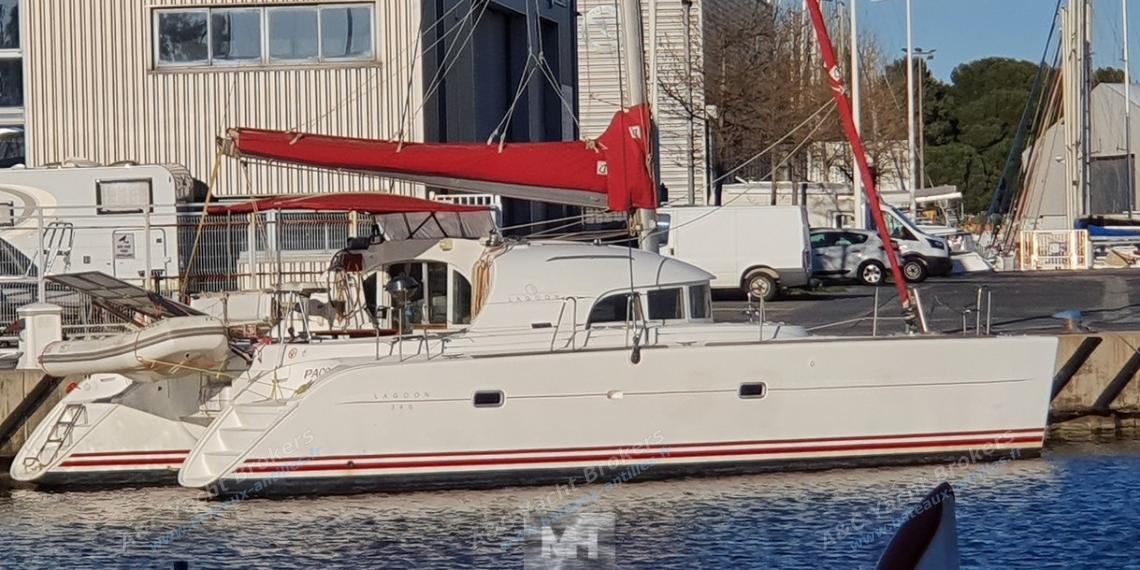 This Lagoon 380 owner's version was constructed in 2001. This is the 3-cabin version and has been privately owned and very well maintained. European VAT has been paid.

French flag, this cruising catamarain is available for viewing in the French Mediterranean.