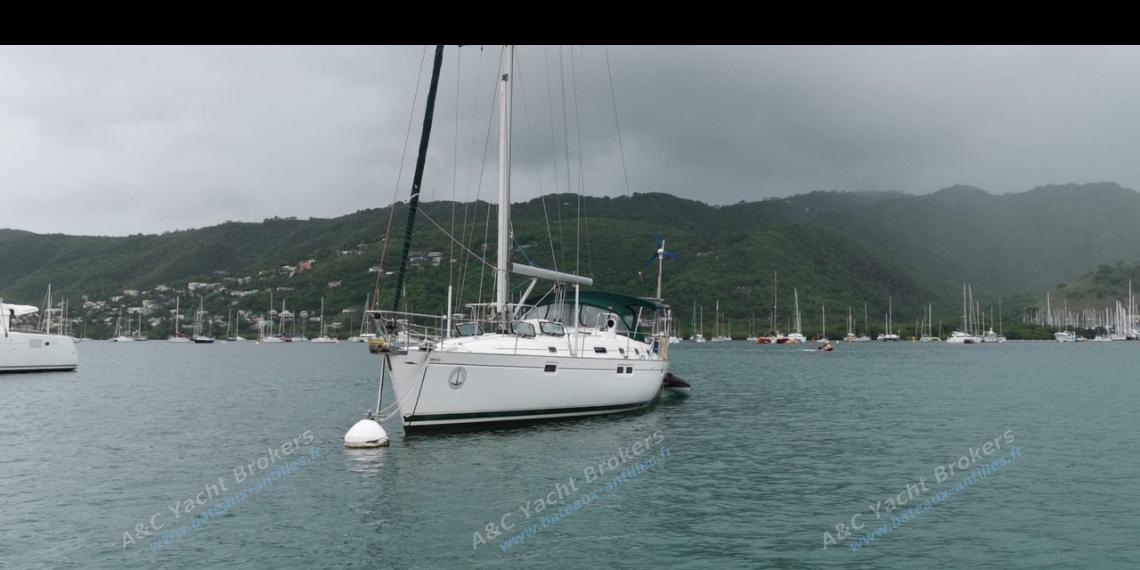 This Oceanis 461 was built in 1997 and is the 4-cabin version which has been converted into 3 cabins. She has been very well maintained, is a privately-owned boat with a new Yanmar in-board engine in June 2018. Dock dues have been acquitted.

French flag, this cruising monohull is a real must see and is currently available for viewing in Martinique.